May 20, 2016
Just after seeing an article "Giving up my iPod for a Walkman" I realized there are lot many things in the world which we sparingly use now a days. Certain things which were a must have and hard to live without  have vanished from the face of earth now. Technology took a drastic turn in the last decade and its worth noting that few things we were used to in our earlier childhood will never exist and the generations coming might never have heard or experienced them.

Talk about calculators and kids now a days would really be amazed to know that they actually had a device for calculator while its an application in their smartphone or tablet.

Pay phones are slowly becoming obsolete, can't remember when I used one to call someone. 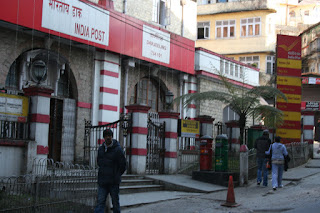 Postbox - Remember the red shiny box that stood in street corners where you would drop your letters which you intend to send to some friend or distant relative. Rightly called as snail mail it has been replaced by faster means of communication like mobile phones , chat apps and emails. Written communication no more runs into pages but hardly 140 characters long.

Stamps - Something related to the above. The only stamp I've recently used would be a revenue stamp.

Televisions antenna on which the telecast will get disturbed if a tired crow planned to rest on it for a while.

Does anyone still use a fountain pen , I am sure in some some years from now people will even forget the pen. I know some schools who ask students to do online homework and get printout out of assignments.